Switch to the dark mode that's kinder on your eyes at night time.

Switch to the light mode that's kinder on your eyes at day time.

Microsoft announced Windows 10X back in 2019 as an operating system designed for use on dual-screen devices. Then last year, the company changed direction, and announced that it would be pivoted to work on single-screen devices, such as laptops.

While the OS is yet to release, a near-final working build of the OS has leaked, which has allowed people to get it installed and running.

In this video by Windows Central, we can see the OS running on a PC. The video showcases the redesigned UI of the OS, something we had only seen in screenshots before.

Windows 10X has revamped interface, starting with its most distinctive feature, the updated taskbar. The taskbar features icons relocated to the center, with the Start menu now being completely redesigned. It also features a new notification center with redesigned shortcuts. The OS also has a heavily simplified File Manager and launches all apps fullscreen.

Windows 10X is a stripped-down version of Windows. This OS is not meant as an upgrade or replacement to the current Windows 10 on desktop but rather for low cost Chromebook-style notebooks and tablets. The biggest concern with this version would be that it doesn’t support any legacy Windows app yet, which means you’re limited to apps from the Microsoft Store and web apps. 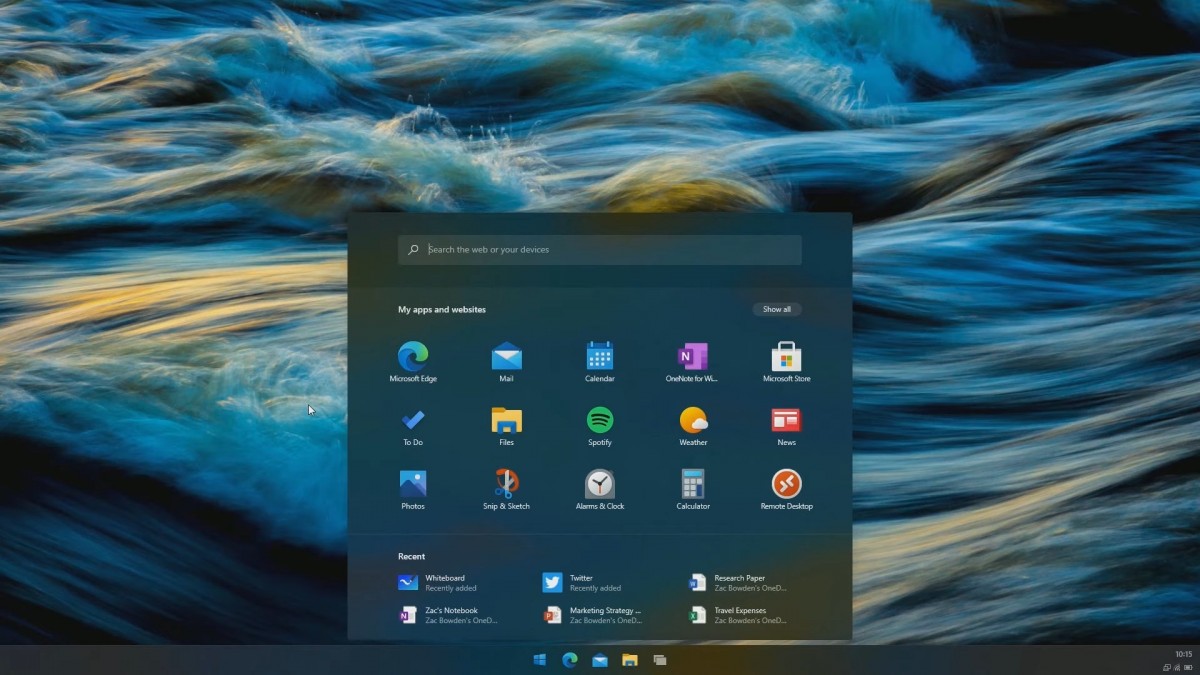 Having said that, not everything about this version seems bad. The refreshed UI seems like a good thing to bring to the current version of desktop Windows, as long as Microsoft doesn’t insist on also bringing that terrible File Manager replacement. It’s a fresh new look for Windows, even though it looks fairly similar to Chrome OS and somewhat similar to iPadOS.

Windows 10X is expected to be available as a pre-installed OS on devices slated to launch later this year.This also the case with BlackBerry, they were overly focused on their keyboard, they forget that the industry (and the market) are going towards touchscreen. Let’s face it, what we call Windows Desktop app is just a legacy app that call legacy .

Get the best viral stories straight into your inbox!

What do you think?

Browse and manage your votes from your Member Profile Page

Browse and manage your reactions from your Member Profile Page

Linkicks.com is the platform that provides you the best content related to any field in the world. All the content on Lnkicks.com is carefully watched by the admin of the site under the DMCA.

Linkicks.com provides the user best or authentic news at the top. All the content is fully watched by the admins of the website. Linkicks also provide the option to its user to report any article that is not suit able for the website or people around the world.

Back to Top
Close
close

Your password reset link appears to be invalid or expired.

Hey Friend! Before You Go…

Get the best viral stories straight into your inbox before everyone else!

Don't miss out on new posts!